UPN: The Rise of the 5th TV Network (pt. 1)
Notes:
- This is video is a mess. I am not proud of it. A lot of people seem to really like it, but looking back, there's a lot that I should have done differently here. I made this video as a high school freshman, and I think – like everyone else – my judgement has greatly improved since then. Even the title is awful. I think I just ripped it off from this video.
- At the 10:30 mark, I promise a dedicated video about the history of The WB. That video obviously never happened. All I have to say about that: maybe one day...
- Overall, this video is missing a lot of solid information on the early days of UPN. It focuses much more on programming and logistics than some of the influential figures behind the project. It's a lot of the "what" and not a lot of the "why." I don't even mention Lucie Salhany, the network's original CEO, which is criminal! She's an incredibly interesting figure and one extremely important to this story. I wish I had better researched this video -- I would have found far more had I looked a little harder. But, hey, we all have to start somewhere.
- Fun fact: everything after 29:24 in this video was actually improvised. It's the only part of any video that I recorded without a script. I originally planned to end the video on an abrupt cliffhanger teasing the CBS-Viacom merger, but that ending was more confusing than anything else, so I set my microphone back up and hit record. It took a few takes to get right, but I'm pretty pleased with how that ending turned out (well, aside from that meandering monologue I do after the main video is over).
- The UPN hype campaign apparently included custom microwave popcorn.
Redactions:
- In the original version of this video, I did something really weird. I inserted a very stern disclaimer declaring neutrality on matters of race. I don't know why I thought that was necessary. I understand that it can be a touchy subject, but I don't think this video addressed it in a particularly controversial way, and my warning came off super aggressive and overly defensive. Not sure what I was thinking. I've since removed it from the upload.
- Also in the original version, while talking about The Secret Diary of Desmond Pfeiffer, I made a couple of jokes that -- in retrospect -- weren't very good. Or tasteful. I've removed them also.
Corrections:
- Around the 8:40 mark in this video, I talk about the reason that UPN came into being in the first place. I cite an FCC regulation that prohibited networks from owning programming, which was slated to come to an end in the mid-90s. My framing of this conveys that this regulation had been a detriment to Paramount (and large TV production entities in general), when really, it was the other way around. The repeal of these rules allowed for the broadcasting companies to further vertically integrate, meaning that Paramount's largest suitors were about to start competing with them. UPN and The WB came into existence largely out of the need to protect their television production operations in the face of deregulated competition.
- I also mix up the words station, network, and affiliate a bunch in this video, especially in the first half. Honestly, while I was making this video, I was learning most of this as I went. There were a few bumps in the road.
- To clear things up, a television network (ABC, NBC, UPN, etc.) commissions programming and provides it to stations for broadcast. Some stations are owned by the networks themselves (called Owned & Operated stations, or O&Os), others have deals with a specific network to carry that network's programming despite not being owned by the network (usually referred to as affiliate stations), while some don't carry any network programming and instead only carry local or syndicated content (called independent stations, or just "independents").
- While there's not much that's factually inaccurate here (as far as I know), I feel that my presentation places emphasis in the wrong places. Don't let this video inform your entire opinion of me. I believe I have so much more to offer than I did when I was 15.
Some unused thumbnails: 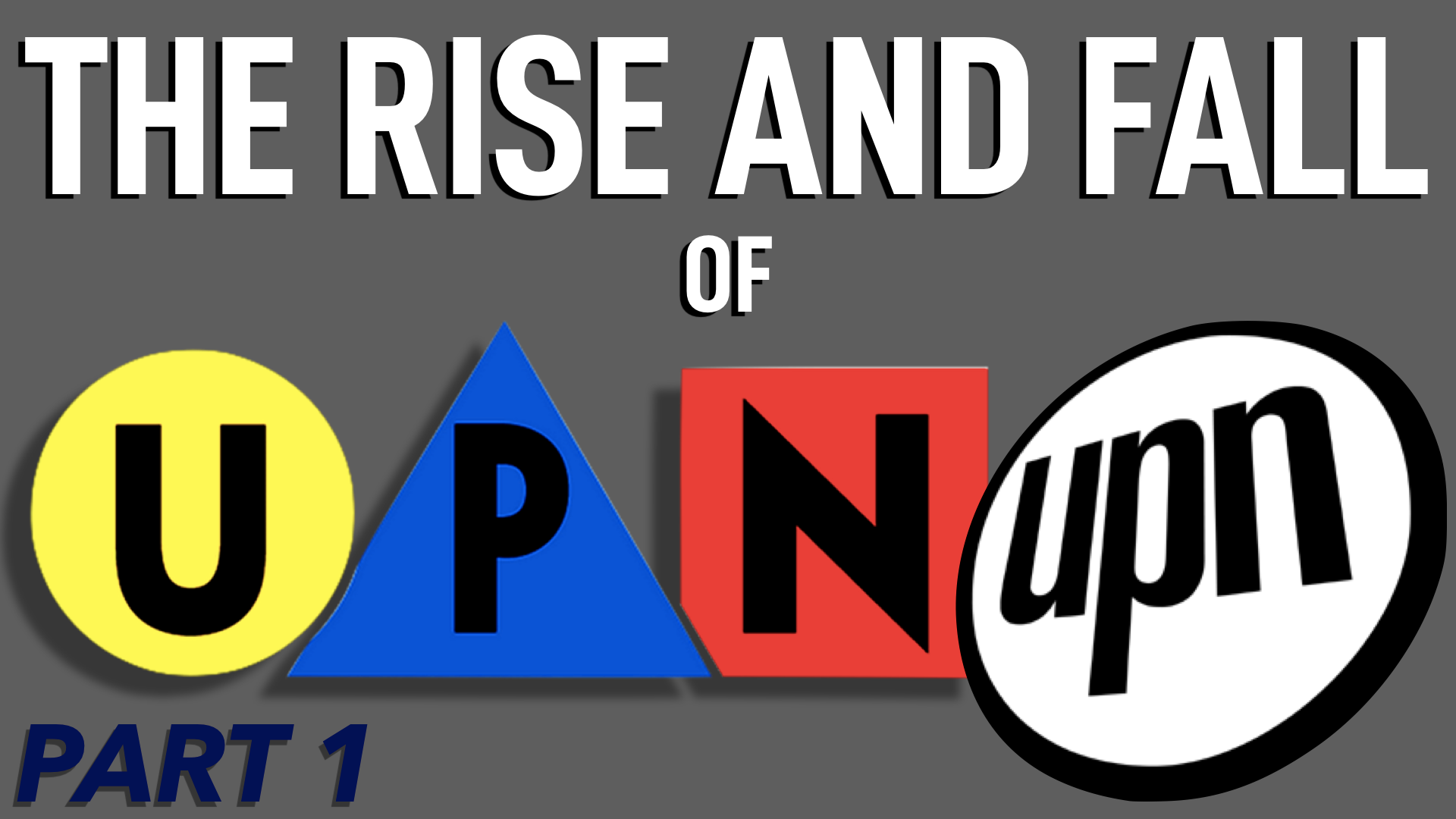 This was actually the original thumbnail. 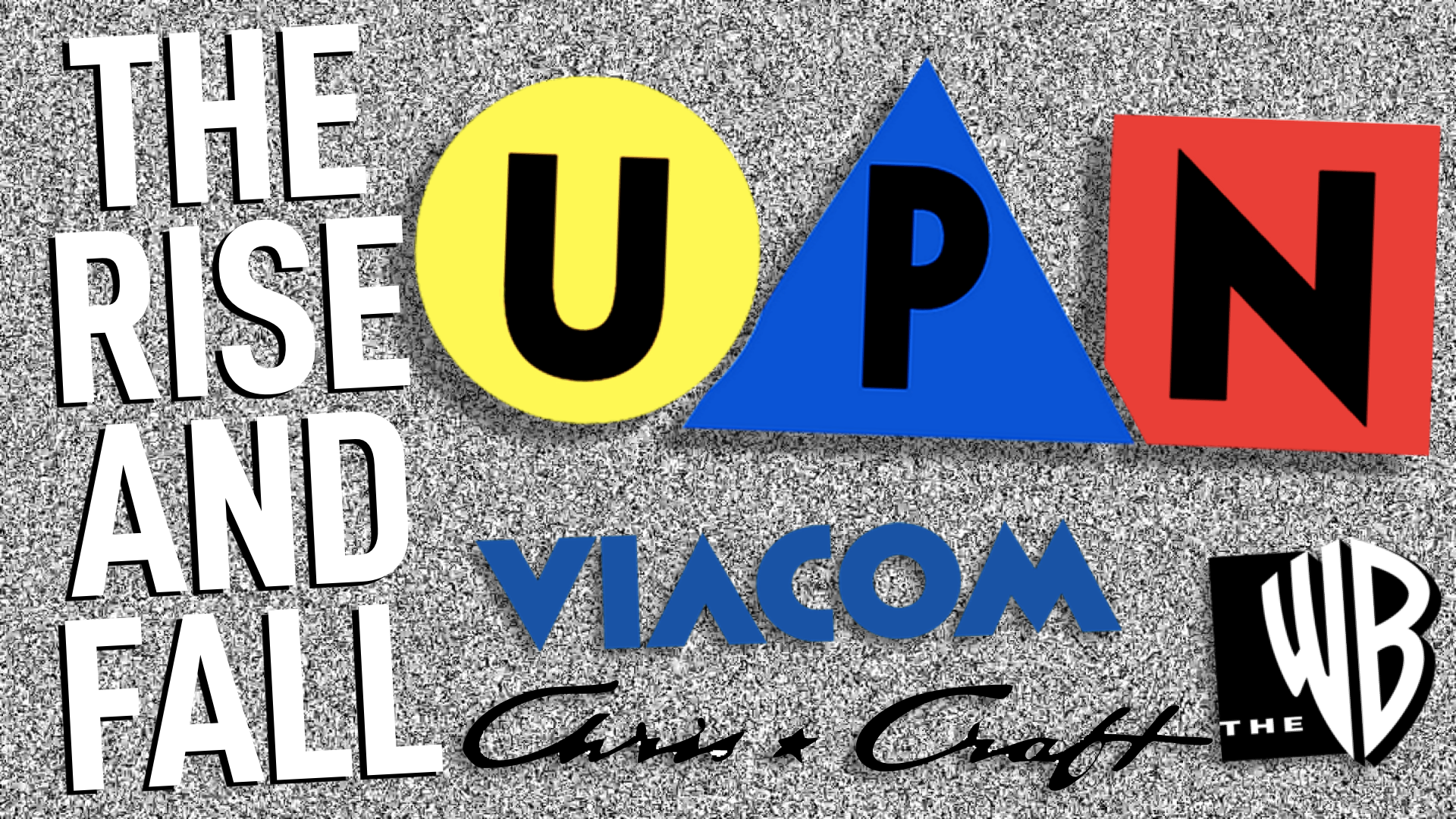 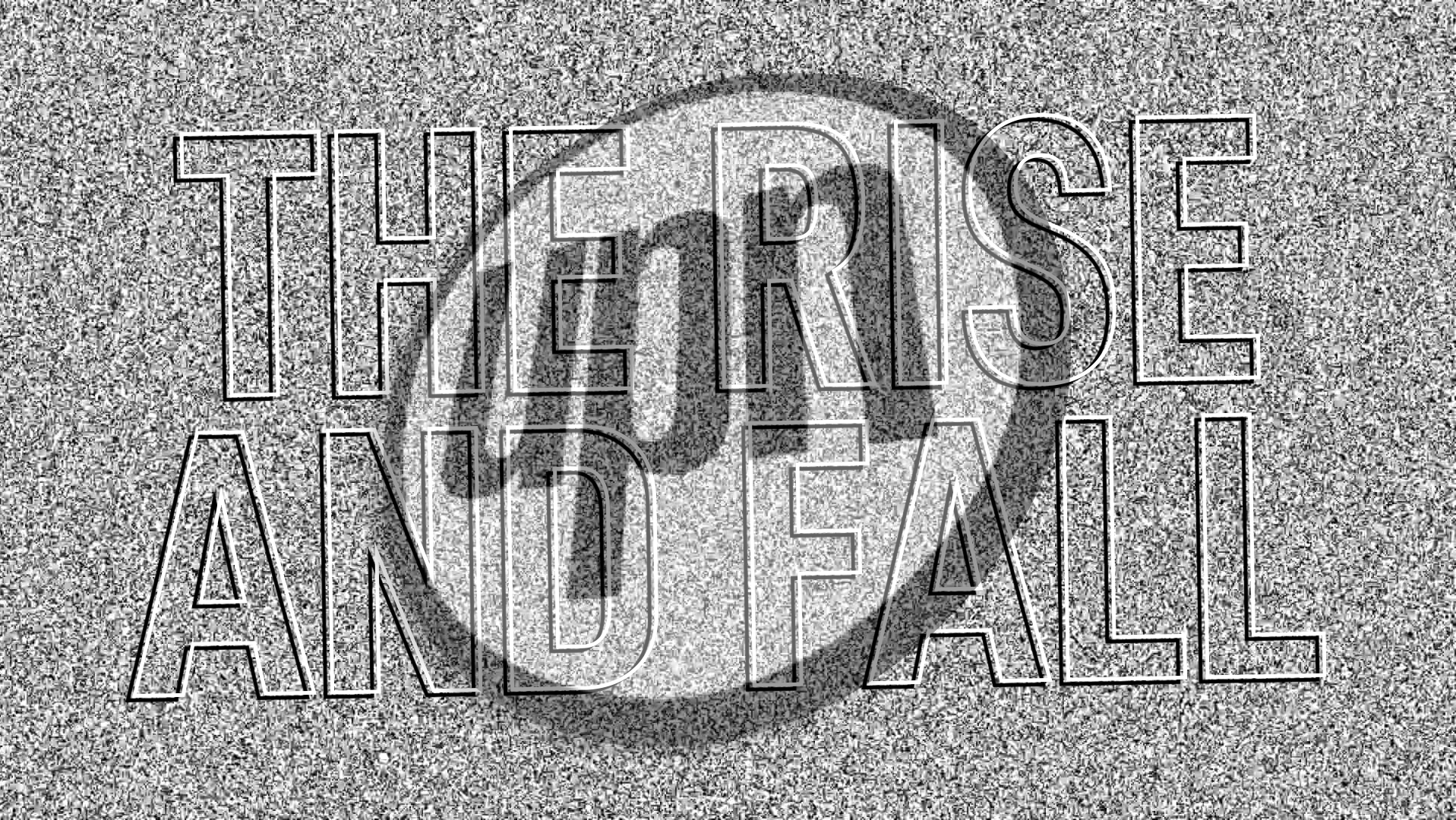 The Downfall of UPN -- and Viacom
Notes:
- Overall, I'm happier with how this one turned out. I actually ended up focusing a lot in this video on the Viacom acquisition of CBS in 1999, which I think made for a pretty fun story. Someone should make a movie about it.
- I know that a few people found it odd that I chose to announce that I would be referring to Dawn Ostroff by her first name. When I wrote that part of the script, a lot of the sources I was referring to used her full name (Dawn Tarnofsky-Ostroff), and I thought it'd be a fun little gag to put that long name on the screen and then cut it off since her full name would be comically unfamiliar to a typical English speaker. I later realized she just went by Dawn Ostroff, but I left that bit in the script. This choice wasn't even particularly notable for me -- aside from Sumner Redstone, I refer to most of the figures in this video by their first names. I had one or two people accuse me of trying to demean or minimize a female executive by doing this. That is absolutely not the case.
- After this video went out, I had one or two people reach out with concerns that the "end of UPN" clip that I feature at 50:10 may not actually be the right clip. Apparently, some WWE broadcasts were scheduled differently for Australian broadcast, which is where I got that clip from (as it was the only one I could find). I've investigated in the years since and corresponded with an individual who knows way more about WWE than I, and I'm now reasonably confident that I actually did include the right clip (although I definitely should have further verified that before upload).
- I renamed this video in 2021. It was originally titled "What Happened To UPN?!" in hopes of being ultra-clickbaity. This title more accurately reflects what's discussed in the video. And the thumbnail is eye-catching enough.
Corrections:
- I did manage to mispronounce Roswell as "Rose-well" at two separate points in this video (as I really should have known, it's "Roz-well"). That's embarrassing. Though I had never actually watched the show, I know I heard it referred to aloud in promotional material while doing research. It's a small thing, but a lot of people have pointed it out, and I cringe a little every time.
- The video I refer to as the final thing to air on The WB (a montage of the network's stars followed by a bow from Michigan J. Frog) was actually not the very last thing shown; that would be the credits for an episode of Dawson's Creek. I had a bunch of people point that out to me; I think I'm just a sucker for sappy sign-offs and wrongly assumed that The WB had one too.
-Turns out that CBS's $550,000 FCC fine for the 2004 Super Bowl incident was ultimately overruled in court after an eight-year legal battle that almost went to the Supreme Court.
- Of course, the epilogue in this video is outdated by now. Fun story: I published this video on July 27, 2018. The epilogue on CBS executive Les Moonves mentioned that he was slated for a 2021 retirement, but that didn't happen. He resigned amid sexual harassment allegations about two months after this video went out. Do you know when the first article outlining those allegations was published? July 27, 2018. The same day the video was published, probably just hours after it went out. Talk about timing.
- Also, in the intervening years, Sumner Redstone has passed away (though he did hang on until age 97!) and Viacom has merged back with CBS to form the inventively-named ViacomCBS (since renamed Paramount Global). In January 2022, news broke that The CW is potentially gearing up for a buyout by Nexstar.

Screenshot of the final timeline. I edited this video on a base model Macbook Air, by the way.

Did I miss something? Email me!

The Story of Pat Sajak & Wheel of Fortune