"The Dawson Years"
Notes:
- I was feeling adventurous with this project and, partly inspired by the style of this Tom Scott video, decided to show my face. I'm glad you all got to see my beautiful mug, but I ended up not really liking the result. It just gives the video a different energy, and though I don't think it's awful or anything, I don't think it added much. It also made the editing way harder, so I decided to drop it going forward.
- The first take of this video was actually traditional and audio-only. As I was editing the audio that night, I noticed that I was speaking at a lower energy that I thought. Plus there were other issues: noisy plosives, weird clicks in the audio, and more. I re-recorded the entire video that night, this time using the camera to mix things up, and that's the take I used here. Keep in mind that this tightly edited 38 minute video is made from about 2 hours of raw video. (I do a lot of takes.)
- This video was also a tad rushed, and there are a few more sloppy mistakes that I'll probably be the only one to ever notice as a result. And the microphone quality isn't great. Hey, you live, you learn.
- Someone pointed out in a comment that the Match Game Star Wheel landed on Dawson the first time it was used, prompting some of the panelists to walk off the set. I actually thought about mentioning that in the main video, but it got cut from the script to help things flow. Definitely a fun little sidebar, though.
- I got an interesting comment disagreeing with my statement that the "human element" of Family Feud was more important than the game itself. In retrospect, I didn't do a great job fully explaining what I meant. My main point was that Feud's "human element" was the main thing that set it apart from contemporary game shows, and that the unique format of the game was critical in allowing that element to flourish. I wasn't trying to take away from the fact that Family Feud is still, first and foremost, a game show, one with a very strong game as its central premise. The strength of the game was what kept it afloat during its less successful years – the human element combined with that strength to make the show really thrive.
Corrections:
- At 10:27, I say that Family Feud went to ABC due to the fact that Fred Silverman, formerly of Match Game's home network, CBS, worked there by 1975. I later learned that was not the significant factor I thought it was -- luckily, I was able to clear this up in the proceeding video (around the 7:10 mark).
- Commenter GrandGame1440 pointed out to me that my claim that Dawson's flaking on his Tonight Show guest hosting spot landed him on a blacklist for the rest of Johnny Carson's tenure was actually mistaken. Though Dawson never guest hosted the show again, he did return as a guest -- including his appearance in the very clip I use in this video! It's obvious in retrospect that those dates don't line up; I just didn't catch it while making the main video, and my source that claimed Dawson was completely blacklisted was apparently mistaken.
- Also, commenter ajk unearthed this clip of Dawson hosting the Tonight Show in 1979. He's interviewing, of all people, William Shatner.
- Around 30:01, I call Cathy Hughart-Dawson "inexperienced in everything except saying 'yes' to Richard Dawson." That's not a fair statement. Cathy had worked on the show for many years by that point, and even though she may have been younger and more deferent to Dawson than the outgoing Howard Felsher, it's not fair to characterize her as some random nepotistic addition to the staff. (It is fair to say, though, that the family connection helped her get the promotion.)
- I was a little unclear in my description of the 400-point format change at the end of the show's run. Part of the reason that the show was padded so heavily with game was that, in addition to the increase of the winning score, the game added another single-value round (bringing the number to four) before the usual double- and triple-value rounds. (Also, I have found a handful of people in comment sections that seem to prefer this version of the show; there seems to be a sizable contention among some that Dawson's banter took away from the main game, and the show was at its best when Dawson was minimized. That actually surprised me; I thought this change was almost universally panned.)
- Bob Boden confirmed for me something I had been unable to get closure on in original research for the video: Dawson's final monologue, prominently featured near the end of the video, did not actually air upon the original broadcast. In fact, Dawson's final two weeks of shows never aired on ABC at all. GSN has since broadcast them, which is ultimately how they wound up online.
Some early thumbnails for this video: 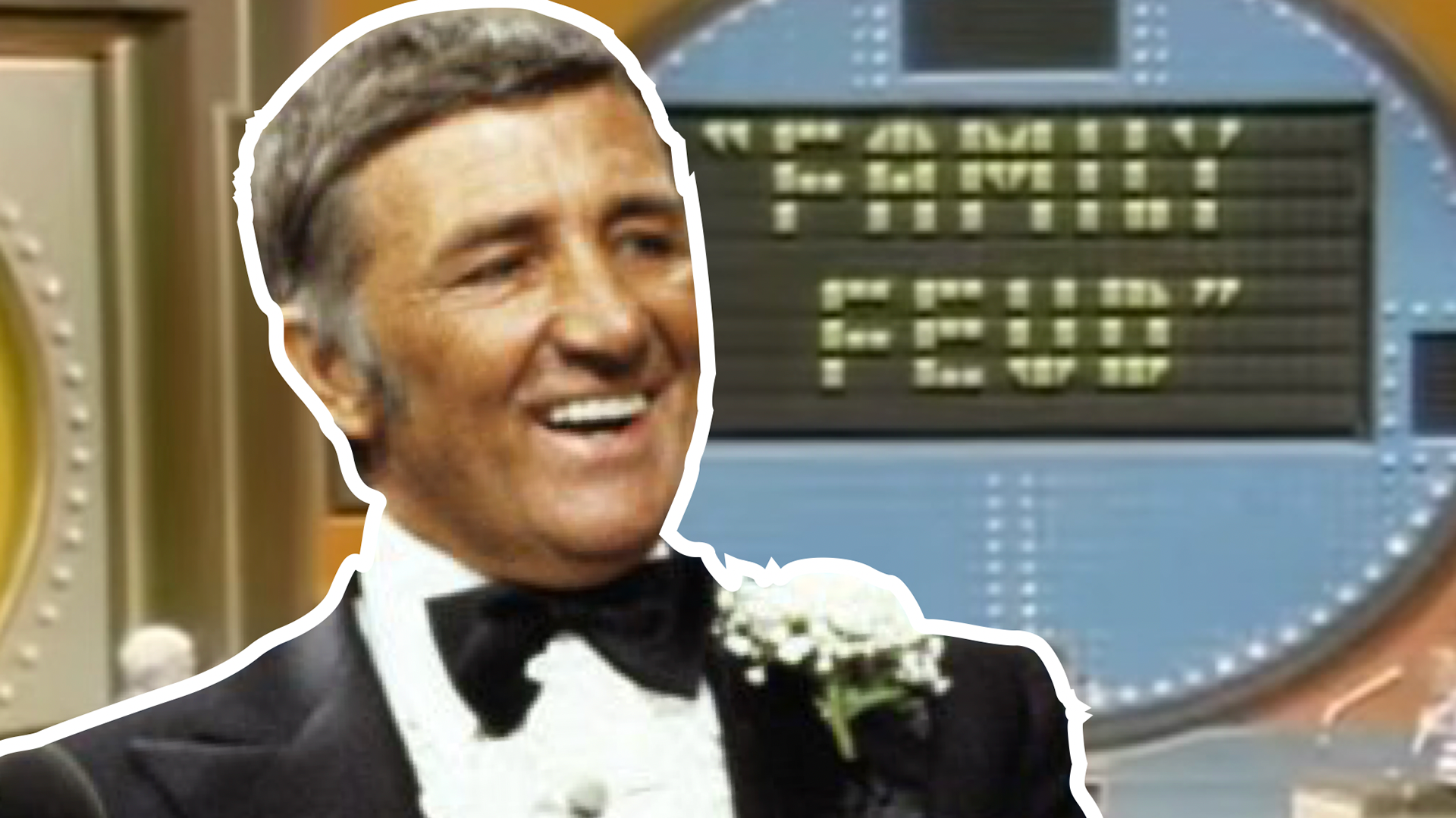 The original thumbnail that I changed after a day or two 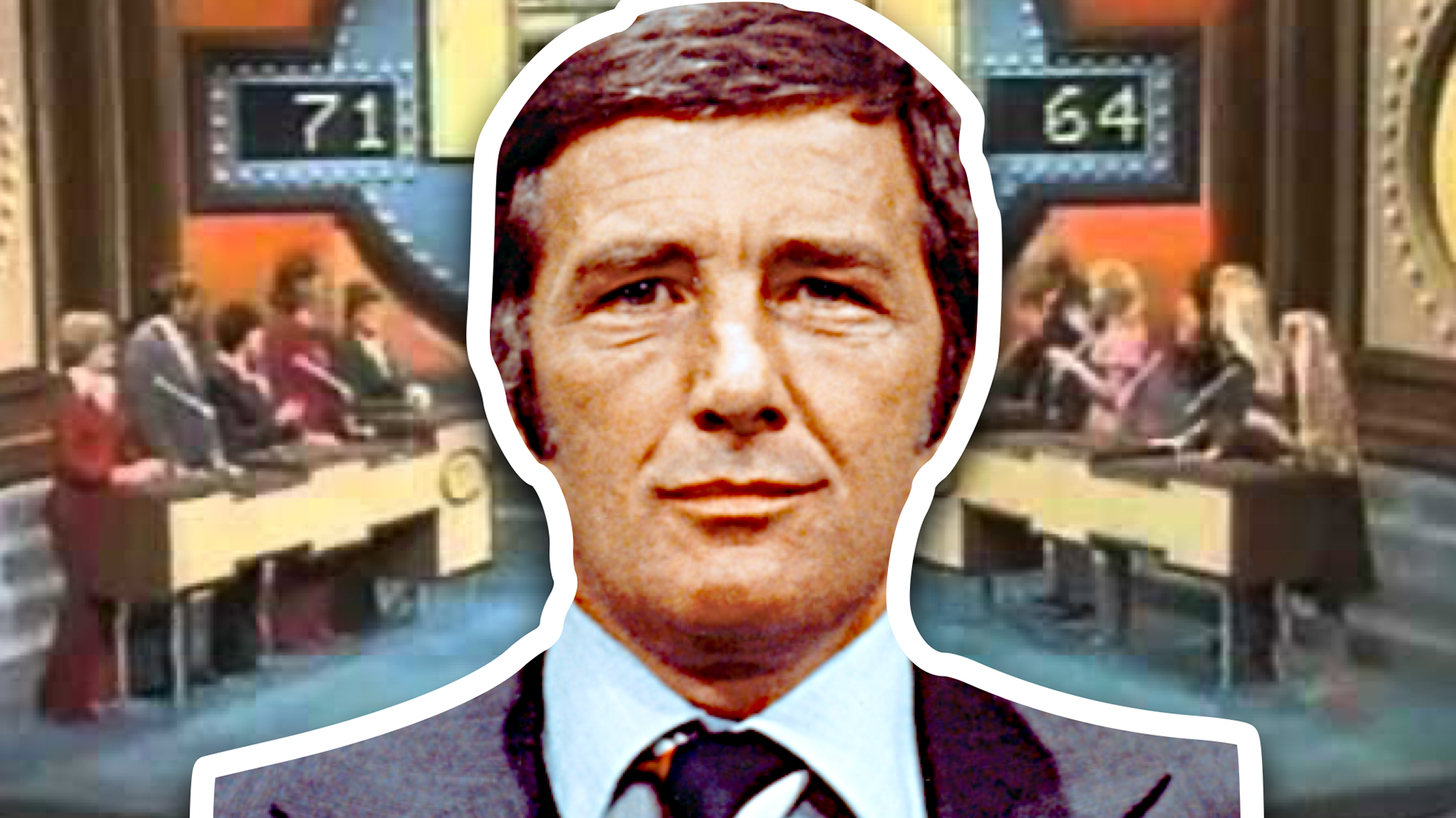 The revised thumbnail that was used for several months 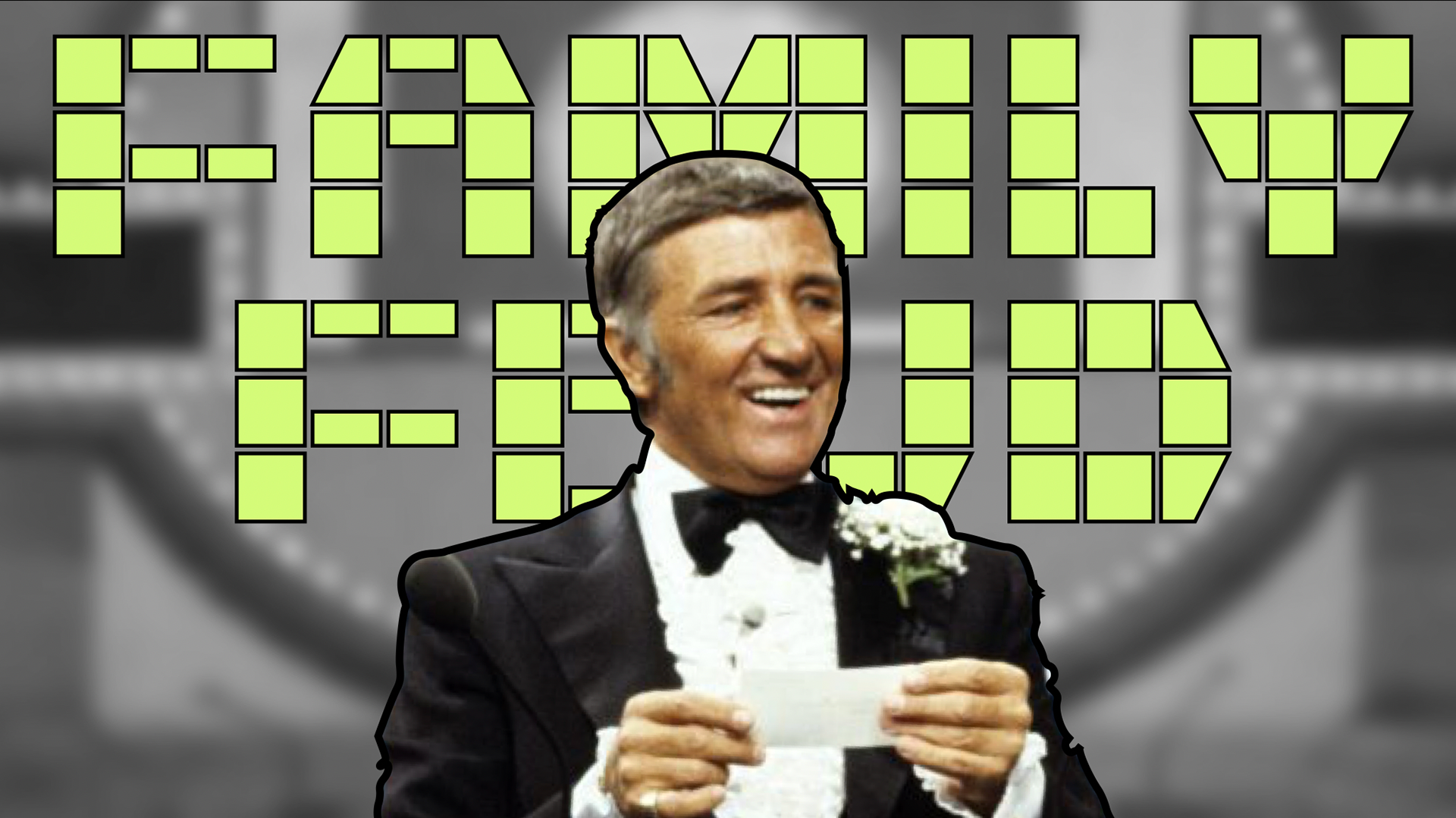 "The Ray Combs Revival"
Notes:
- Paige Shaw pointed out to me that Ray Combs had actually auditioned for the job of hosting the 1987 version of Classic Concentration before coming aboard Family Feud, which I thought was a neat little piece of information. That job ultimately went to Alex Trebek. I actually didn't believe this at first, but sure enough, it seems to be true.
- I also found out a little more information about Ray Combs's comedy clubs -- and the disasters they were -- at this blog post. I was too far along in the process when I discovered it to add it in, but I think it's an interesting addition to the tragic story.
- I have seen a number of people in the comments running with the idea that Jonathan Goodson was in some way directly responsible for Ray's death. I reject this, and honestly have a lot of sympathy for a man who I believe was doing his best to make good decisions for a company he was thrust in charge of. Losing the Feud job was just one piece of an avalanche of sorrow in Ray's life, so while it's one thing to claim that Jonathan mishandled the transition or made a poor judgement call (which I don't disagree with), it's another to claim that he bears responsibility for the tragedy in Ray's life that unfolded thereafter.
- When referring to TV ratings, I usually verbalize the decimal point (i.e. I call a 5.6 a "five point six"). In the business, I've learned, it's more common to not do that (a 5.6 is a "five six"). Not that it makes any difference, or that anyone really cares, but worth mentioning here.
- This video also got featured on the blog for a Chrome extension I use to capture web pages and articles. It was a very nice post and the author was very kind to feature my channel. I fully endorse GoFullPage and continue to use it today.
Corrections:
- So far, the only thing I've come across is that Joe Namath might have been removed from consideration over a monetary dispute, as outlined in this forum thread (which, in turn, references Joe Namath's biography, which I do not own).
- Also, according to Goodson staffer Beverly Pomerantz, Dick Clark also auditioned to host this version of Feud.
"The Road to Steve Harvey"
Notes:
- A few people have mentioned that the 2006 CBS series Gameshow Marathon wrapped with a game of Family Feud played on a recreation of the original Dawson set, with Ricki Lake as host. I was aware of this, and I decided not to mention it. I just didn't think it was particularly relevant to the overall story of this show.
- Of course, as I've said many times, and will say again, I am extremely appreciative of Bob Boden's willingness to contribute his time and his perspective to this project. The sections of the video that feature him wound up my favorites. (And who knew that the original buzzer podium had been preserved?!)
- This video originally had an entirely different intro! I edited it before I decided to replace it, so I figured I might as well share it with you guys as a little side fascination.
- I found this clip a week after upload. I wish I had found it earlier; it could have made a cool closer.
- I intentionally never said who my favorite Family Feud host is, or who was "the best." Steve Harvey is the most relevant and successful today, sure, but I felt it would be a step too far to make that kind of personal-opinion declaration in a mostly-factual video. And I'm not even sure I have a concrete answer.
Redactions:
- A few days after upload, a very annoying copyright issue briefly took the video down and forced me to cut out about 30 seconds to reinstate it. Luckily, I don't think it's a critical part of the video, and I'd actually be a little surprised if anyone could pick out where the jump is. But the video is slightly shorter than it was for the first 48 hours of its existence online.
- I already had to make changes to dodge copyright issues. The reason the clip from Louie's 1999 debut is in a small little TV is because that was the only way I could find for the clip not to trip the copyright sensor. The clip of Joey Fatone introducing Steve in his debut episode was also originally much longer.
- I later had to trim out another clip: the brief bit of Louie's 1984 Tonight Show appearance I included. I would have loved for it to stay, but it seems Content ID had other plans.
Corrections:
- Some people have brought to my attention that the time-saving choice to only read the final question once during most of the Karn era had been used at various points during the show's original two runs on an as-needed basis (most prominently during Dawson's 400-point era and Combs's Bullseye era). According to one commenter, Combs would occasionally say something like "For this round, we're going to move like lightning!"
Did I miss something? Email me!

The Story of Pat Sajak & Wheel of Fortune